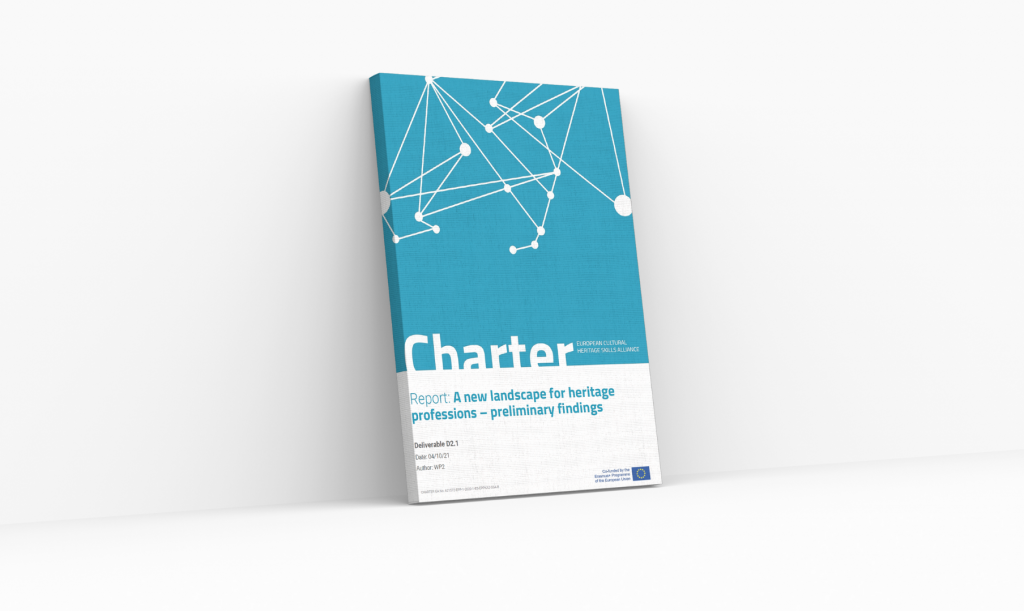 The Working Package 2 (WP2), focused on strategic analysis of cultural heritage competences and occupational profiles, has released its first report of preliminary findings. It represents CHARTER Alliance's first public result and it contributes to a better understanding of how the cultural heritage sector has been described over the past decades. The report also presents a new model that is comprehensive and responsive to the complexity and current state of the sector.

CHARTER Alliance releases its first report, which summarises the preliminary findings of the work undertaken by WP2 over the past 6 months. The central task of this first publication is the development of a model that will make it possible to map the activities that take place when people professionally engage with cultural heritage. In doing so, the map will present a sectoral status of work in the field of cultural heritage. This model will help us to develop professional profiles in the next phase of the CHARTER project.

How did we proceed?

We began with desk research on the contemporary discourse in heritage, as evidenced in recent policy documents, reports and latest conceptual frameworks on cultural heritage. This included an assessment of the current statistical indicators as these capture the heritage sector. Based on this research we formulated a first model proposal to describe the cultural heritage sector. A consultation and validation process with the consortium members during the Riga brainstorms (14-16 April 2021) helped us test the assumptions. Moreover, we could collect partners contributions. The comments led to a revised proposal, shared and validated at the Timisoara CHARTER Alliance meeting (12-13 June 2021).

The final outcome of this process is the report, the first public result of the CHARTER, containing the preliminary proposal for a new model to describe the cultural heritage sector. The model is potentially to be used as a framework for developing improved statistical indicators, describing the synergies and interconnections of society and cultural heritage resources and ultimately to support a new paradigm for policy making in cultural heritage.

As the title suggests, this is a preliminary report, the findings of which will be worked on, tested and revised as the CHARTER Alliance consortium continues its works in the coming years.

A New European discourse on Heritage 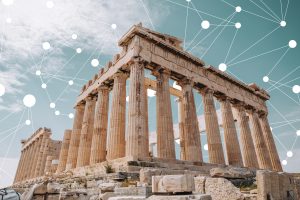 The discourse about cultural heritage has been constantly evolving. A first important transformation took place in the 1970s with a shift from a conservation-led focus to a value-led focus, which finally found formal expression in the Council of Europe’s Framework Convention on the value of Cultural Heritage for Society, signed in Faro in 2005.

Another important change happened in the 1990s when the concept of ‘sustainability’ started to be used in policy documents about heritage, often in combination with ‘development’. Additionally, the growth of a holistic view in the way heritage is conceived developed, not differentiating tangible/intangible heritage but rather recognising it as a whole.

Major changes have happened since the Faro Convention (2005):

A focus on heritage, but not enough data

Amongst the many findings arising from the EU level OMC (Open Method of Coordination) and Voices of Culture dialogues, the paucity of data that exists on professionals working in heritage was made starkly evident, as was the lack of awareness of the roles, levels of expertise, types of skills and knowledge that describe modern heritage practice. This led to the conclusion that a European Framework for competences and skills for heritage professionals was imperative.

To enrich the vision of how the discourse about the cultural heritage sector has shifted and evolved over the years, an extensive model’s research was developed and included in the report. Learn more in the full report.