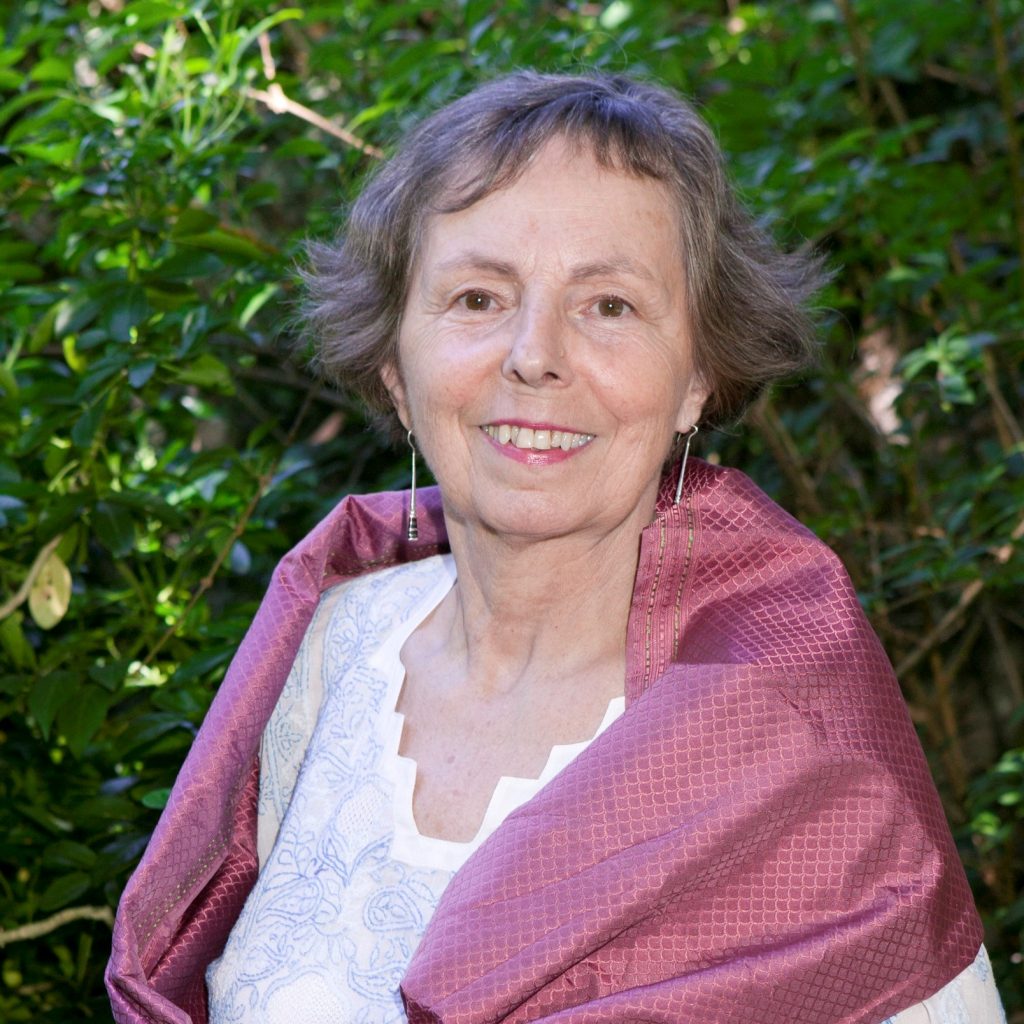 She told us about the work feeding into the creation of Strategy 21 and initiatives such as Territoires Imaginaires. Claire also shared her thoughts on how CHARTER can contribute to the skills improvements of the cultural heritage sector.

You have been part of drafting the Strategy 21 initiative by the Council of Europe. What can you tell us about this initiative and its value for building a European project?

Based on democratic values and on its founding texts since the European Cultural Convention (1954), the Council of Europe is committed to promoting an integrated and coordinated management of cultural heritage. In 2015, the European ministers responsible for heritage signed the Declaration of Namur which reaffirms the place of heritage in Europe and recommends the development of a common strategy. “The Strategy for Cultural Heritage in Europe in the 21st Century”, called Strategy 21, was launched in 2017.

Inspired by the Faro Convention on the value of heritage for society (2005), Strategy 21 is a common, inclusive and holistic response to the major challenges that need to be addressed, such as attacks on democracy, loss of meaning, climate change, threats to biodiversity, migration, etc. Strategy 21 concerns all activities and projects in this cultural sector, whatever the priorities: involving citizens, respecting their diversity, transmitting knowledge and know-how, supporting the local economy, developing sustainable tourism, etc. It is addressed to all those involved in heritage, whether professionals, elected representatives or volunteers, from local to European level.

Strategy 21 aims to generate positive impacts on social, economic and education areas by applying a new intervention logic that proposes the cross-sectoral cooperation of stakeholders in cultural heritage work. Thus three converging components, respectively focused on social issues, territorial and economic development, knowledge and education, are broken down into recommendations and courses of action. Several countries and regions have already adopted this powerful instrument to act, evaluate and promote cooperation between heritage stakeholders in Europe. Various resources are in progress: MOOC, collection of good practices from all European countries, workshops, factsheets, methodological guides etc. are available free of charge on the CoE website and deserve to be widely shared. This Strategy 21 will only wear out if it is not used!

Could you share with us the work carried out by Territoires Imaginaires and its work in the field of landscapes heritage?

The association Territoires imaginaires was created in July 2012 on an idea by Christophe Guiho and aims at “the enhancement of territories through artistic and cultural approaches”. Territoires imaginaires is particularly interested in the tangible and intangible heritage of regions in their relation to water. Observing these landscapes, questioning their history, the human-nature interaction and the perception of the inhabitants, this is the approach used to better reveal them to the inhabitants and tourists. These can be ordinary landscapes to which we do not always pay attention or, on the contrary, very photogenic sites.

Territoires imaginaires has worked to raise awareness of the carrelet fisheries dotted along the Atlantic coast. This vernacular heritage is very popular although hard to reach. In 2013, Territoires imaginaires launched a new concept: La Nuit des Pêcheries in Pornic (Loire-Atlantique). Over years, this flagship event has given rise to a range of different cultural and artistic events, nocturnal or diurnal, for a large audience or more confidential: Les Voyages sonores / Carrelets en lumière / Pêcheurs de rêves, etc. The festival gradually expanded along the Atlantic Coast and up the estuaries of the Loire, Charente and Gironde rivers. Named Itinérance Atlantique, it has been labeled as part of the European Year of Cultural Heritage 2018. The idea of building projects on this type of heritage with other countries in Europe, such as Italy, was clear then but could not succeed due to lack of partners and appropriate technical support.

Adopting the principles of Strategy 21, Territoires imaginaires develops other events that promote local dynamics: L’eau de Là / La Nature Pourrait Vous Plaire / La Grand’ Fabrique de l’imaginaire / Détour(s) à Paimboeuf, in rural or urban areas. The ambition is always the same: to play on different registers and artistic forms in order to foster the delight of the audience and make it receptive to knowledge and respect for the common good.

Do you notice any development on professional competences in the specific field of landscape heritage?

Not having an overview but starting from observation of the field, in particular in the cultural landscape of the Loire Valley World Heritage, experience in training and multidisciplinary exchanges that are always inspiring, I can only speak of what might be useful from my point of view:

Thanks to your active role in Pôle Patrimoine de la Région Pays de la Loire (a CHARTER Associate member) you have a deep understanding of the region’s cultural heritage ecosystem.

The Pôle Patrimoine is one of the 5 Pôles culturels in Pays de la Loire Region which result from a collective and long-term reflection carried out from 2009 by cultural stakeholders and local authorities. This approach aimed to co-construct cultural policies adapted to the needs of stakeholders and territories.

The Pôle Patrimoine is a network dedicated to all cultural heritage stakeholders launched in 2018 in Pays de la Loire Region. Supported financially mainly by the Region and by the Ministry of Culture, it brings together around a hundred structures (private, associative, public) of any size, representing all expressions of tangible and intangible heritage as well as the different types of activity, from study to development, including training and the accompaniment.

The design of this nonprofit organisation was based on a “participatory and shared observation” of the heritage sector (2013). Nearly 300 structures, out of the 1,000 at the time identified in the Pays de la Loire, took part in this research. Ten years later, this work of in-depth knowledge of the regional heritage ecosystem deserves to be renewed, especially in the current context with attention paid to skills needs. From my point of view, the design of this research should provide a common core of sections and a glossary in order to allow term-to-term comparisons with other regions or even other cultural sectors.

In France, there are no structures similar to the Pôle Patrimoine in all Regions. We can mention Patrimoine Aurhalpin, the federation of heritage stakeholders in Auvergne – Rhône – Alpes Region, which is firmly established, and the Bretagne Culture Diversité Association. In the process of reflection, the Center Val de Loire Region has taken an interest in our approach.

Following the specific case of Pays de la Loire, which are the main urgent skills needs people feel in the sector in the real local life situations?

I can share some views but nothing in general. Identifying the expectations and needs of stakeholders in the heritage sector is one of the objectives of the Pole Patrimoine. Moreover, the “ConneXionS”, online or face-to-face meetings launched in 2021, have already scheduled several exchanges of knowledge and good practices (inventory, digitization, ‘jeunes-Pros’ initiative, etc.)

However, the members of this network are not always able to identify their own needs in terms of skills, which vary according to the nature and size of the structures; they are also resisting online questionnaires, regarded as overabundant since the pandemic. Through exchanges, however, deficiencies in knowledge, know-how and interpersonal skills are observed or expressed here and there, ranging from the general to the specific: the approach to heritage and its evolution in its different dimensions, material, immaterial, natural; cultural rights; cultural engineering (setting up programs and projects, financial partnerships); the methods (inventories, archival and documentary processing); digital culture (challenges and tools); communication (digital, social networks, creation of multipurpose media; transmission (training of thatched cottagers in Brière); cooperation (identification of people and resource structures, identification of partners; setting up collective and particularly European projects). Finally, the fragility of language skills, knowledge of Europe, EU programs and funds seem be damaging to transnational cooperation, which is nevertheless beneficial.

How do you think CHARTER could contribute to the skills improvements of the cultural heritage sector?

Some ideas in addition to the previous answers : 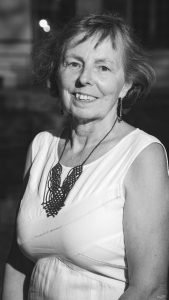 Art and cultural heritage historian and senior lecturer, Dr Claire Giraud-Labalte led a Master’s in cultural management that combined cultural heritage and performing arts management. She continues her activities as a lecturer and researcher with a rich experience in Lifelong Learning and a multidisciplinary approach to heritage, an approach enriched by her research and studies on the perception of travelers in Europe during the 19th century. She is involved in regional cultural life (Territoires imaginaires’s president, the Val de Loire – world Heritage scientific committee’s vice-president, Pôle des acteurs du patrimoine en Pays de la Loire former president 2018-2021).